The story of Henderson Recreation Equipment began over 47 years ago in small-town Ontario, Canada. Gordon Henderson, company patriarch, was a new father to the first of his three boys. His days were spent hard at work as plant manager for the Paris Playgrounds, while his nights were spent dreaming of a playground business of his own.

As a second-generation playground maker, Henderson had the right mix of experience, skill and enthusiasm to make a playground business work. On top of that, he had the benefit of a brother who worked by his side building playground equipment, and the legacy of their deceased father, Charlie, who had made playground building his life’s work. 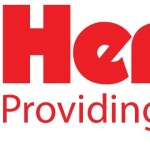